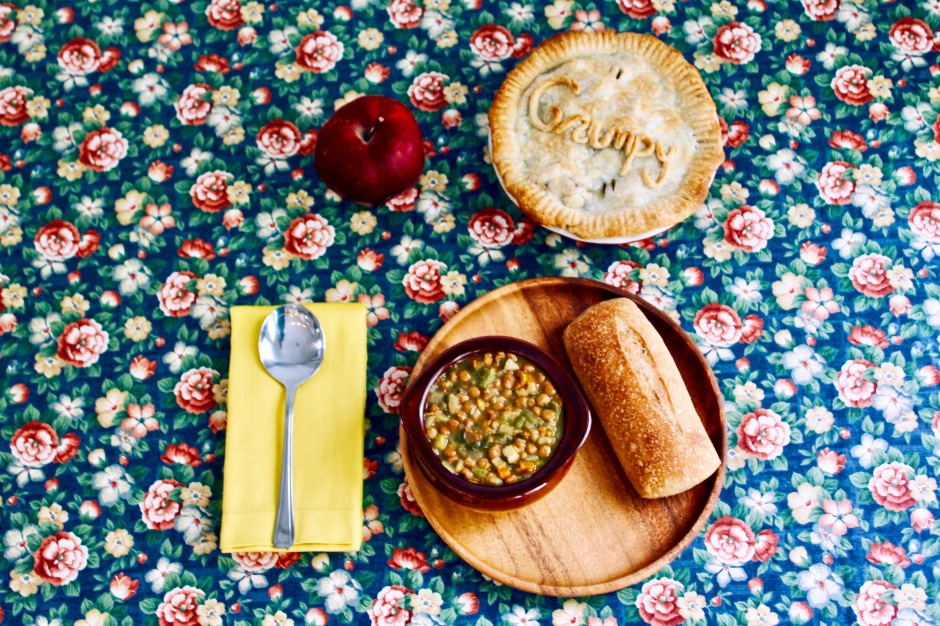 Forced to flee from her villainous stepmother and into the treacherous forest, a princess seeks refuge at a cottage inhabited by seven miners.

Released in 1937, Snow White and the Seven Dwarfs is the very first full-length cel animated feature film, as well as the earliest Disney animated feature film. While Lady and the Tramp contains arguably the most iconic food moment in a Disney feature, majority of Disney films feature food in one way or another, making them excellent film options for food pairings. After featuring Lady and the Tramp as one of the very first installments here on food & a film, it seemed only fitting to have the next classically animated Disney film featured on the blog to be Disney’s very first. 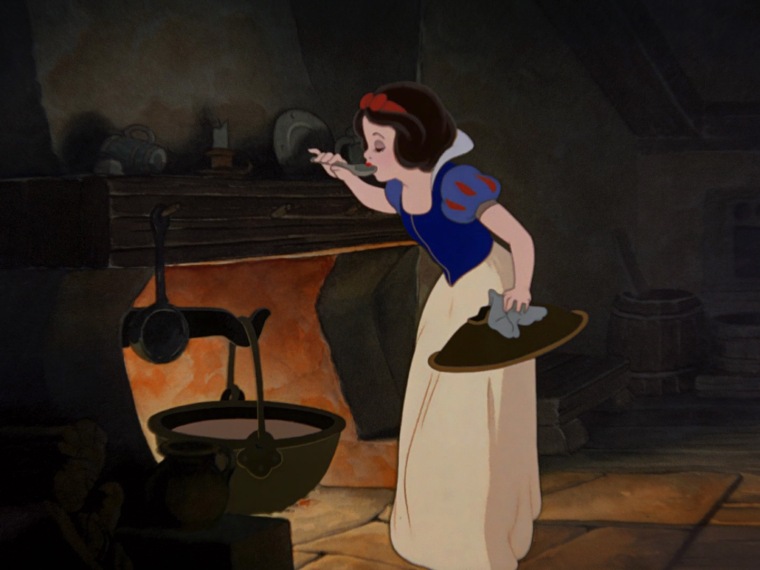 The first food moment in Snow White and the Seven Dwarfs occurs when Snow White prepares a soup upon arrival at the cottage in the woods. After assigning her newfound woodland friends to help her clean the cottage, Snow White presumably fixes a soup of some sort before retiring to the bedroom for a nap. Although the preparation of the soup occurs offscreen, the pot of soup is shown simmering when the dwarfs return home from work, as well as is shown when Snow White tastes a spoonfull before supper. 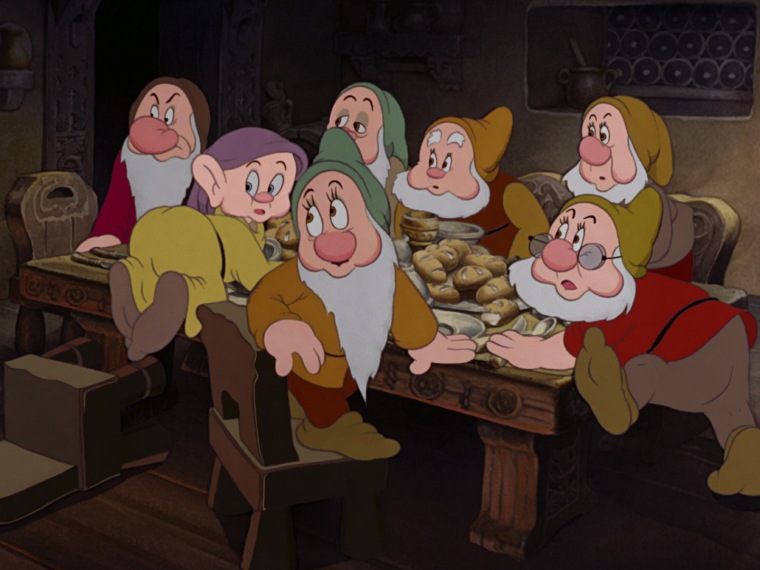 While Snow White tastes the soup, the seven dwarfs excitedly race to the dining table, which in addition to being set with dinnerware, drinkware and flatware, has two heaping piles of miniature loaves of bread. 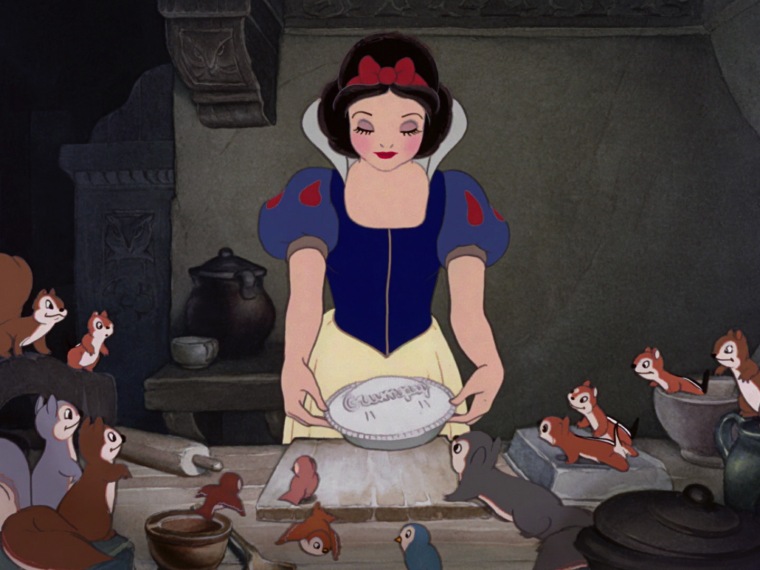 The next food moment in the film occurs the following day when Snow White prepares a pie and uses leftover dough to emboss “Grumpy” on its top. Although it is not clear exactly what type of pie she is making, presumably it is a gooseberry pie, which is one of the dishes Snow White promises to make the dwarfs, along with apple dumplings and plum pudding. 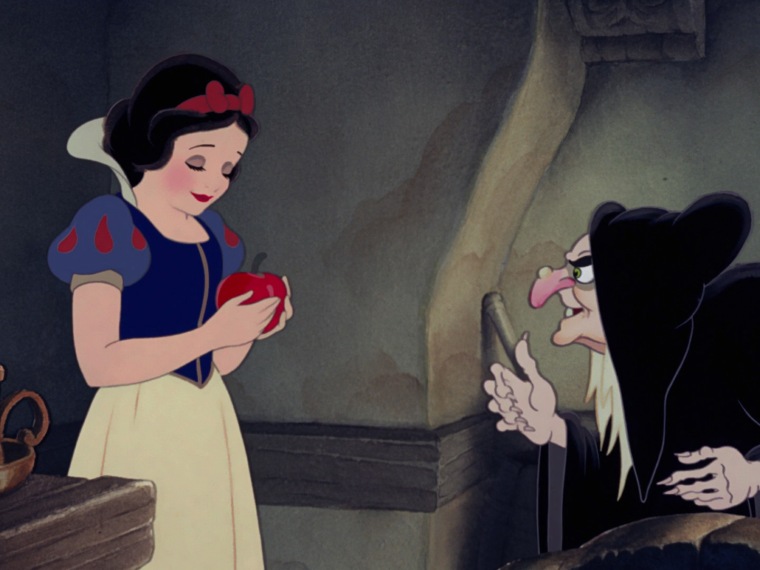 However, before Snow White can bake her pie, she is interrupted by a visit from her stepmother, disguised as a elderly peddler. The final and most macabre food moment occurs when Snow White takes a bite of the vengeful Queen’s poisoned apple, which causes her to slip into a sleeping death. 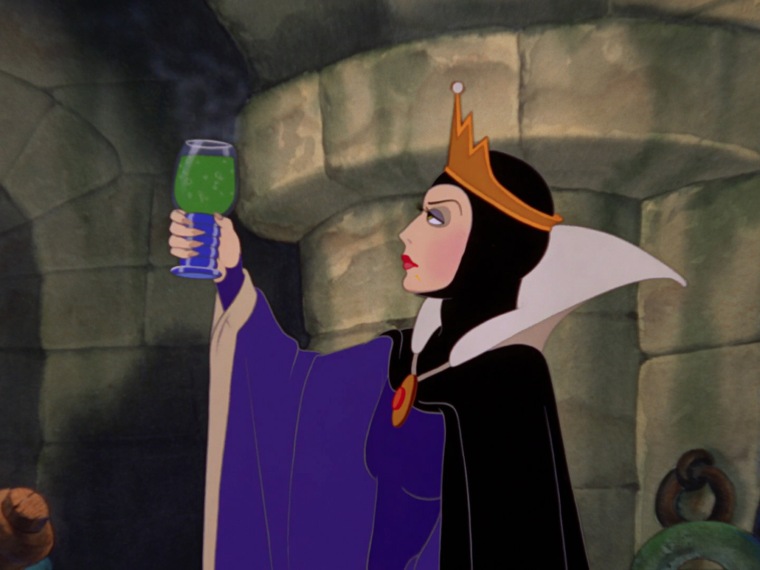 Lastly, there is also a beverage moment in the film when the Queen concocts, and then drinks an acid green potion, transforming her into her elderly disguise. 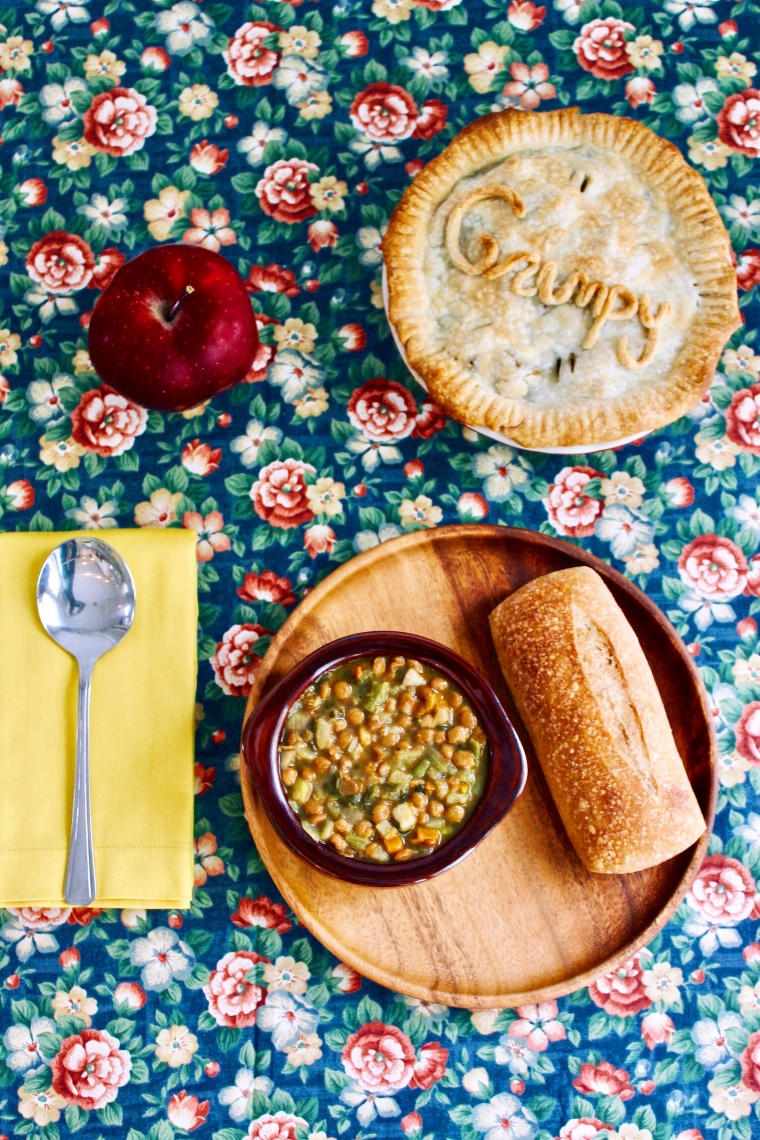 For my Snow White and the Seven Dwarfs-inspired menu, I decided on vegetable soup paired with a small loaf of bread, and a “Grumpy” pie & nonpoisonous apple for dessert. For the place setting I found tablecloth fabric & a napkin both inspired by Snow White’s dress, and a plate and crock inspired by the rustic interior of the dwarfs’ cottage. 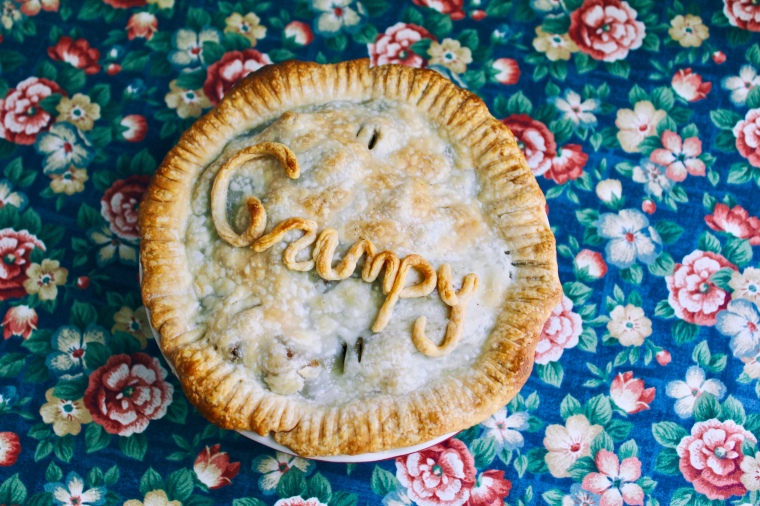 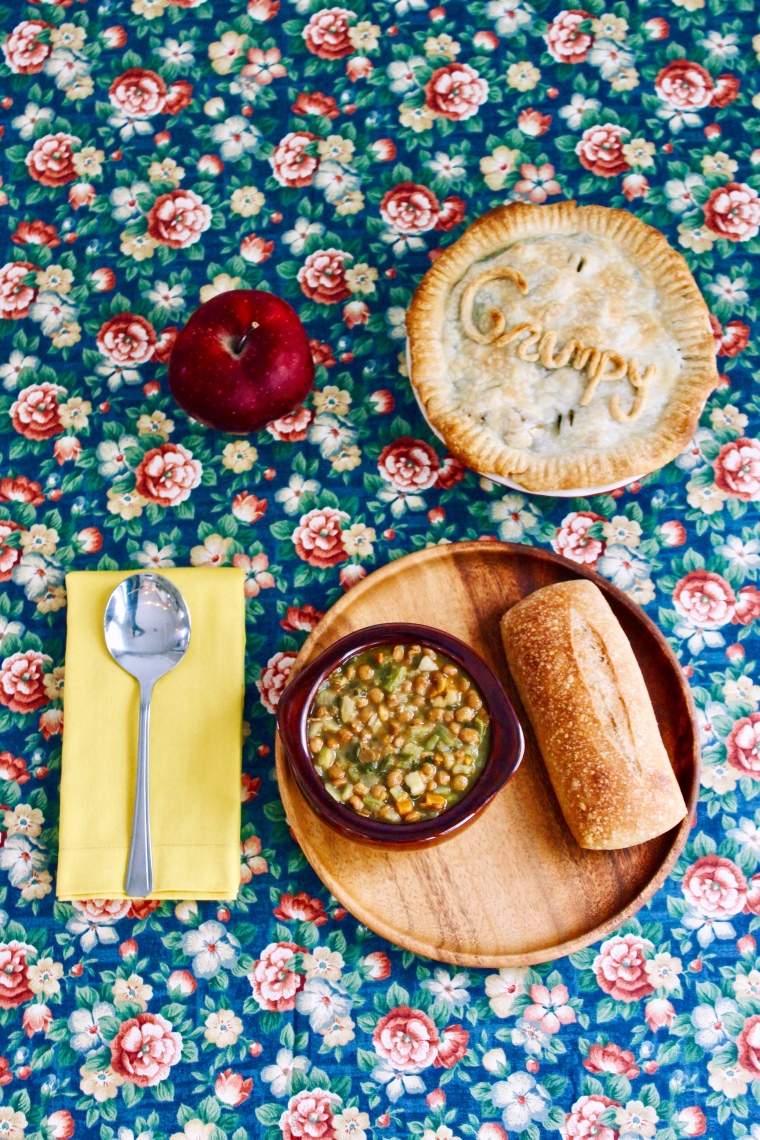 Thank you for tuning in for this latest installment of food & a film. Until next time!