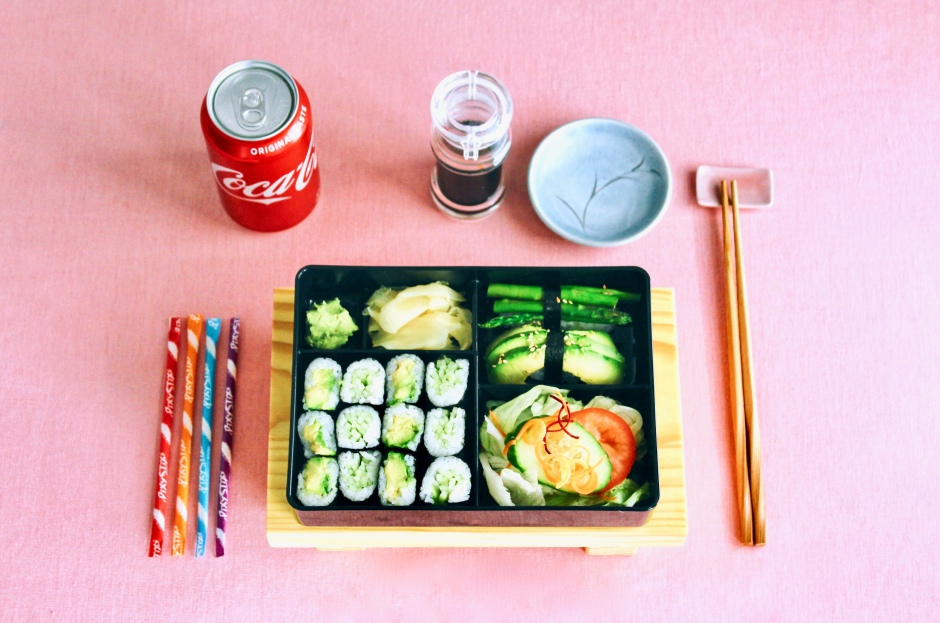 A random group of five high school students are forced to endure a Saturday together in detention. The Breakfast Club, the latest film selected for food & a film just in time for the conclusion of back-to-school season, is an exceedingly enjoyable coming-of-age classic featuring a fantastic food sequence revolving around the detention attendees’ lunch break. 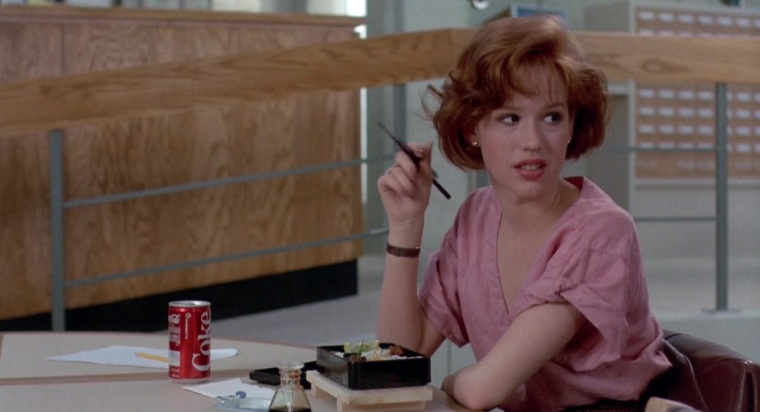 Following a trip to the soft drink machine in the teacher’s lounge where Andrew and Allison retrieve cans of Coca-Cola for everyone, each member, one at a time, starts unpacking their lunches, which they have all brought from home. Claire, the first to unpack, has a sushi lunch accessorized with a wood serving tray, bento box, soy sauce dispenser & dish, and chopsticks. 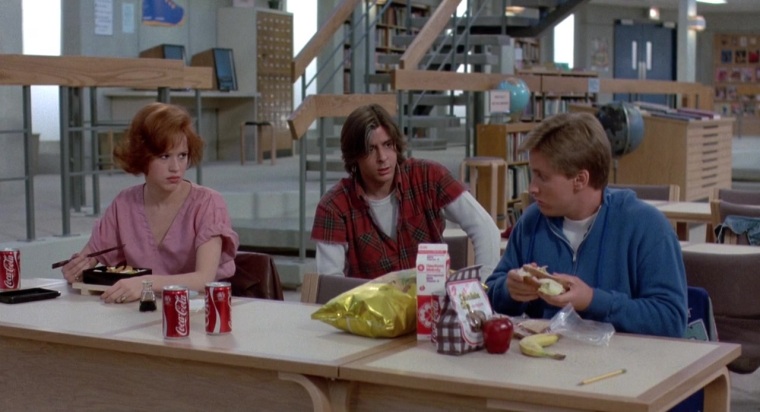 Andrew, the next one to unpack, has brought with him a huge brown paper grocery bag containing a couple sandwiches, a bag of potato chips, an apple, a banana, a bag of cookies and a carton of milk. 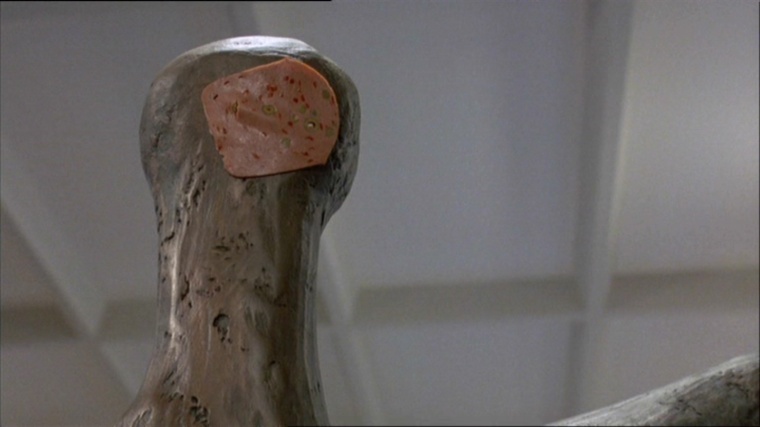 Allison follows, unpacking a sandwich made with some type of mystery meat. She keeps the bread of the sandwich, but flings the unappetizing meat slice upwards, which hits and sticks to the large, modern sculpture behind her. 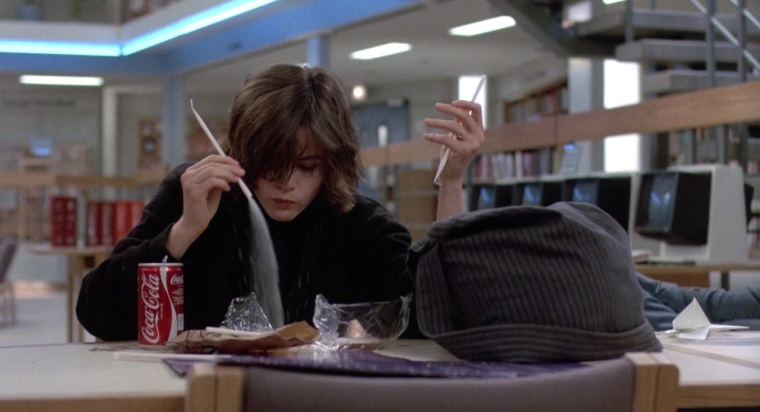 Allison then empties several pixy stix straws onto the slices of bread before putting them in her Coke can like drinking straws. 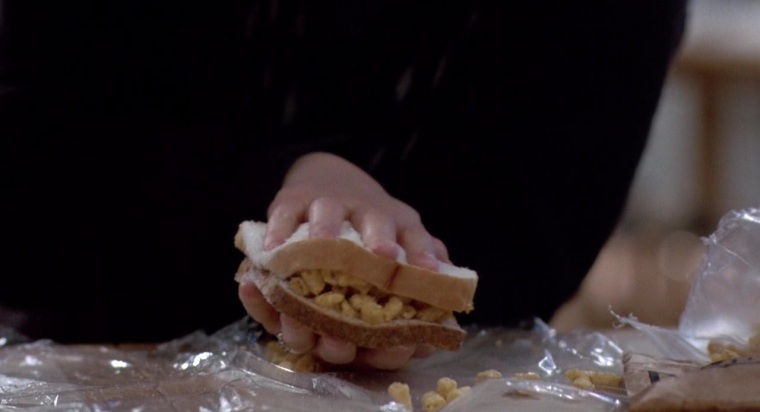 Allison then takes a couple handfuls of Cap’n Crunch cereal and uses the palm of her hand to crush the cereal onto the sugar-dusted bread slices before bringing them together to form herself a new sandwich. Although the newly concocted sandwich is quite odd to say the least, it is arguably more appetizing than the former version, as well as is entirely vegan! Go Allison! 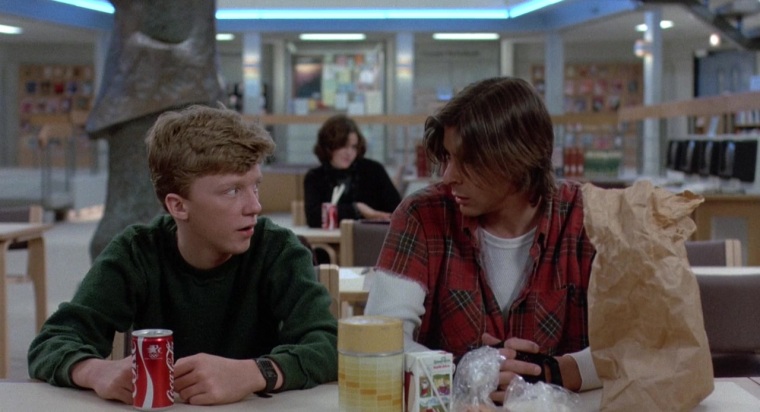 Finally, Brian, the only one left in the group with a unpacked lunch bag, is joined by Bender who has neglected to bring a lunch for himself. Bender proceeds to unpack Brian’s lunch, which consists of a thermos of soup, an apple juice box and a peanut butter & jelly sandwich with the crusts cut off.

Assistant Principal Vernon, although not part of the Club, has also brought his lunch – a sandwich, a pickle, an orange and a thermos of coffee – and attempts to enjoy it in the privacy of his office before he ruins it by spilling the coffee all over his desk. 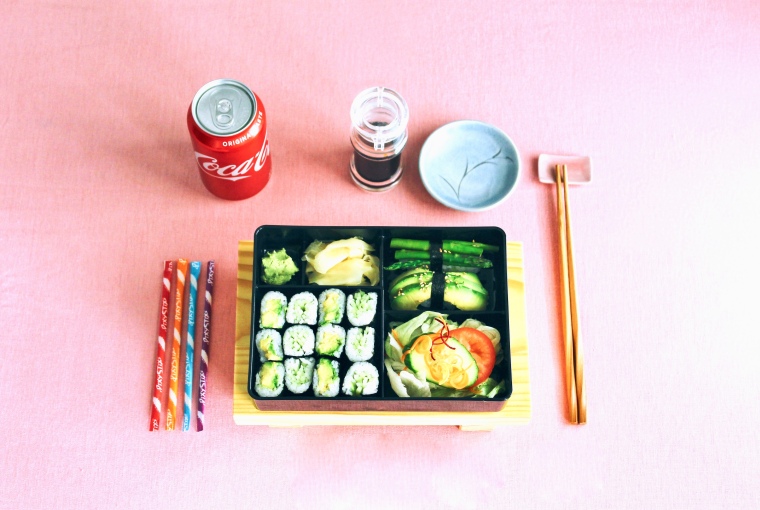 The lunch sequence makes The Breakfast Club a more than adequate choice for a food & a film pairing, not to mention the film does have the word “breakfast” in its title. There are plenty of food pairing options to choose from, but the standout lunch for me is Claire’s. Not only do I love sushi (as long as it’s vegan, of course!), but I love the plating of Claire’s lunch and thoroughly appreciate the fact that she brings all of the bells and whistles with her.

For my vegan sushi lunch I decided to go with the standard options for vegetable sushi – avocado (my favorite), cucumber and asparagus. Of course no sushi lunch is complete without some wasabi and ginger, and I also wanted to include a simple green salad with ginger dressing to round out the bento box. Although I decided to recreate Claire’s lunch for this particular pairing, I could not resist including some pixy stix from Allison’s lunch to complete the meal. As far as the place setting is concerned, I tried to match Claire’s plating as best I could, and ultimately used her pink blouse that she wears as inspiration for the linen tablecloth. 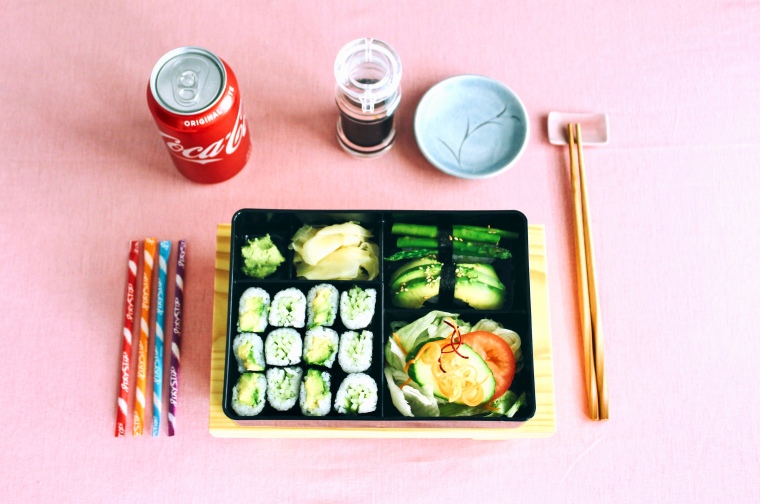 Once again, thanks for tuning in for this latest installment of food & a film. Until next time!