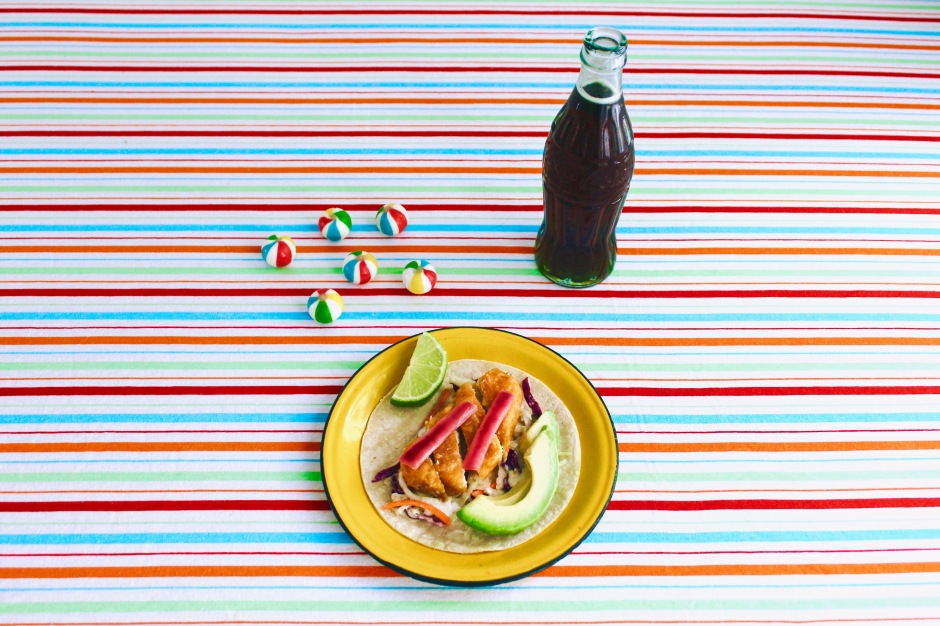 Southern Californian Francie Lawrence (also known as “Gidget”) turns seventeen while discovering surfing and love during the summer before her senior year of high school.

Gidget is a delightfully fun summer film filled with surfing and a fair amount of food, and seeing as today is Labor Day (roughly the time of the end of summer luau), I thought it would be a fitting choice to share here on food & a film.

In the very first scene of the film, Francie’s friend, Betty Louise is snacking on an apple at the Lawrence’s residence before Francie and her friends depart for the beach. Upon arrival, as the girls walk toward the edge of the bluff to view the beach below, a surf shack with signage for hot dogs, ice cream, candy, hamburgers and Coke, is seen in the background of the frame.

The following day when Francie goes back to the beach to buy herself a surfboard, “Stinky” treats his fellow surfers to lunch, which Francie – newly nicknamed, Gidget – happily goes to retrieve. As she departs for the surf shack, the gangs calls out their lunch requests including “a hot dog with the works,” “a taco,” and “a hamburger with chips.” Upon returning with the “chow,” Gidget brings a hamburger to her favorite sulky surfer, “Moondoggie.”

Later in the film, Gidget once again visits the surf shack to treat “Hot Shot” to a hamburger & a Coke in an attempt to try and convince him to take her to the luau to make Moondoggie jealous.

Other notable food moments in the film include the incredible surfer-themed birthday cake for Gidget’s seventeenth, as well as the random collection food Gidget attempts to bring to the luau for Kahuna. 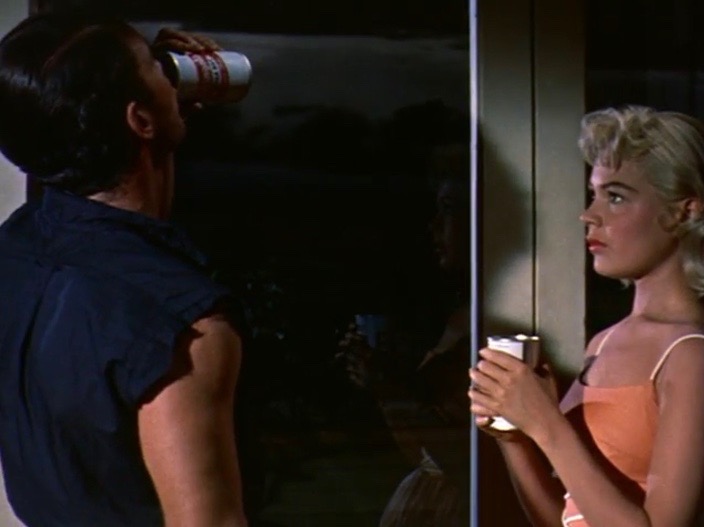 Finally, in addition to plenty of Coca-Cola, there is a good deal of coffee consumed in Kahuna’s beach shack. Moondoggie appears to be enjoying an espresso at Portofino, which is “the espresso cafe on Wilshire,” and there is also a scene where Kahuna cracks open a couple cans of beer for himself and Gidget.

Ultimately, for my Gidget inspired menu, I decided to go with a classic Malibu surf shack staple: a fish taco (a vegan one, of course).

A while ago, I found an incredible recipe for vegan fish tacos that is absolutely delicious and uses my favorite fishless filets.

I rounded out the meal with a Coca-Cola, poured into a vintage glass bottle, and some beach ball hard candies, which matched rather perfectly with the yellow enamel plate (last used for Jaws) and the tablecloth, inspired by the film’s title card.

Thanks for tuning in for this latest installment of food & a film. Until next time!